Major (retired) Mike Pierce is a 20-year resident of the city of Naperville, having bought his first home in DuPage County a month after the 9/11 attacks. 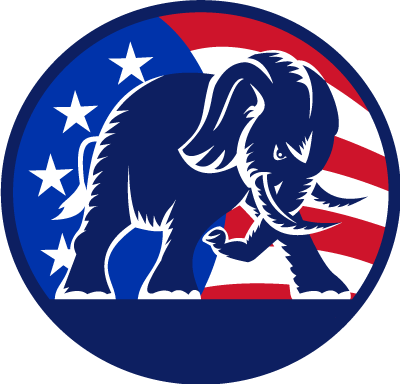 Mike grew up in the Elgin area, moving frequently, and attended Bradley-Bourbonnais High School in Bradley.

Like many people, Mike had a quick jump start to adult life.  A day after he graduated from high school, his parents moved to Florida.  His step dad gave him $20 and said, “You’ll be getting a paycheck soon…” He spent the summer washing cars at a local new car dealership.

While in college, Mike served as a camp counselor and youth director at several churches and camps in the northern Illinois area.

Also while in college in 1985, Mike did a missions trip to Nicaragua, during the turbulent years the Leftist Sandinistas were in power (1979-1990). His experiences there added to his understanding and empathy for the people struggling against poverty and war.  Later that same year, Mike attended the University of Strasbourg, France for a semester, where learned more about international issues and gained understanding of multiple aspects of European issues that would serve him well in his later career.

Following college, Mike worked as a system coordinator at The Athlete’s Foot Wear Test Center in Naperville.  Inspired by his coaches, Mike began coaching at the lllinois Math and Science Academy, and at The University of Illinois at Chicago in track and Cross Country,

Mike joined the Army in 1992, as an enlisted soldier, and after Officer Candidate School, earned his commission in the Signal Corps.

While in the Army, Mike earned a Master’s Degree in Human Relations and a Doctorate in Organizational Leadership, both from The University of Oklahoma.  Mike has served as an adjunct Professor for University of Phoenix and University of Maryland Europe teaching MBA and other Graduate Courses.

In the Army, Mike had short deployments to Bosnia and Kosovo, as well as a 15 month tour in Iraq.  Mike has also been sent to countries including Israel, Republic of Georgia, Russia, and Armenia on various short missions for the Government.

Mike retired from Active Duty in the U.S. Army in 2012; but continued to work at US European Command and US African Command (AFRICOM) as a Department of Defense (DoD) civilian contractor both as a planner and functional analyst.  On the business side, Mike also served as both a Program Manager and Director of Operations for the companies he represented.

Mike’s nearly 30 years of service to the country, emphasis on critical local issues affecting our area, ensuring our constitutional rights are protected, protection for our most vulnerable, along with his desire to restore a tone of respect and bring common sense back to the important conversations that need to take place in our country to move it forward are the reasons he has chosen to run for Congress in the 11th District.

Mike and his wife have been married for 17 years.  He has four children (3 from previous marriage), youngest still at home. His oldest daughter also lives in Naperville and is a speech pathologist. His son is a lieutenant in the 82nd Airborne in Fayetteville, N.C., where another daughter resides and trains cheer gymnasts. 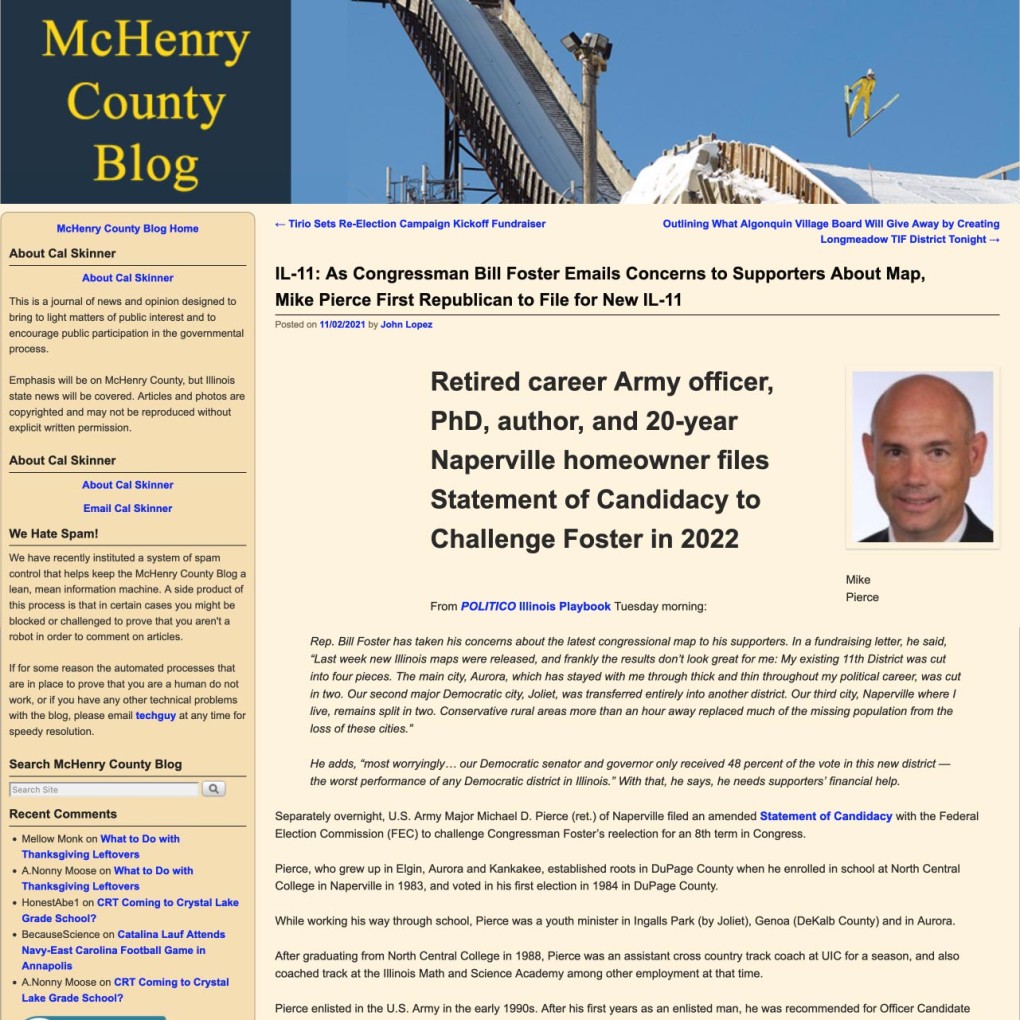 Why I am running

An optimist, Mike believes that we can all find some middle ground and find value in all people.  Mike’s Leadership Philosophy is summed up in these words: Accountability, Bearing, Commitment, Discipline, Enthusiasm and Faith in God! Service before self, sacrifice for those who follow after you in order to make the world a better place. Finally, Mike believes America’s best days are ahead of her and that her people are her greatest resource

On June 28, 2022, Vote in the Republican Primary
for Michael D. Pierce for Congress
Illinois 11th District.