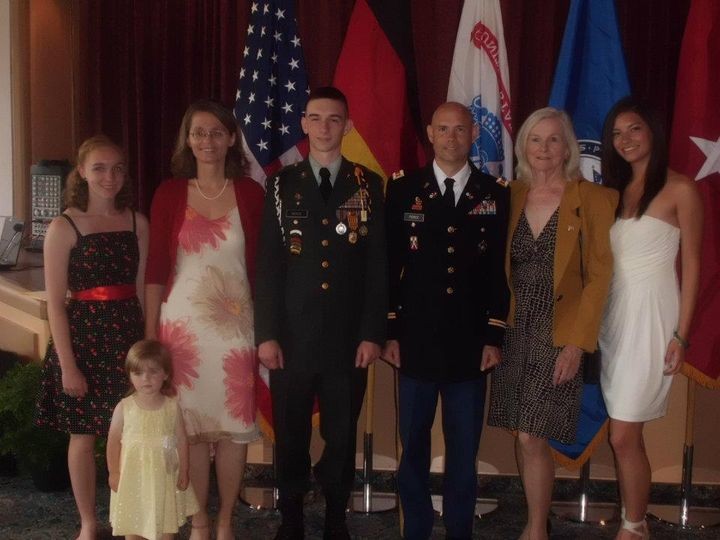 Major(retired) Mike Pierce is a resident of Naperville. He attended North Central College and went in to the Army, first as an enlisted soldier, and later on earned his commission in the Signal Corps.

After 20 serving years, he retired from the Army in 2012 and continued to work at US European Command and US AFRICOM as a DOD Contractor in exercise planning, assessment, and functional analysis of critical infrastructure. 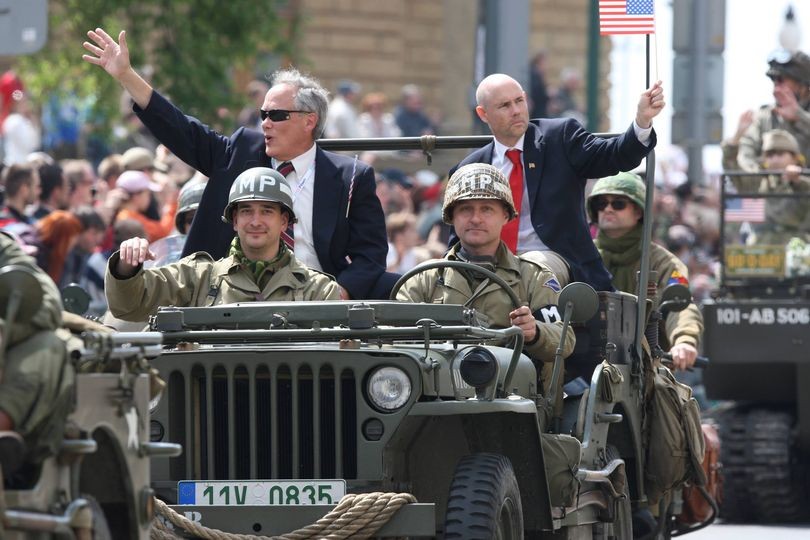 Growing up in the Elgin area, Mike attended four different grade schools and moved at least six times in the span of only a few years. He attended Ellis Junior High. He learned the value of working by spending many years delivering newspapers in the different changing neighborhood he lived in. He was an official member of the Chicago Tribune Frost Squad that survived the blizzard of ’79. Moving once again, he attended Bradley-Bourbonnais Community High school, where he also ran cross country and track, while also being active in music and acting.  A day after Mike graduated from high school his parents moved to Florida. His step dad gave him $20 and said, “You’ll be getting a paycheck soon…” Mike spent the Summer washing cars at a nearby automobile dealership and in the Fall began attending North Central College. 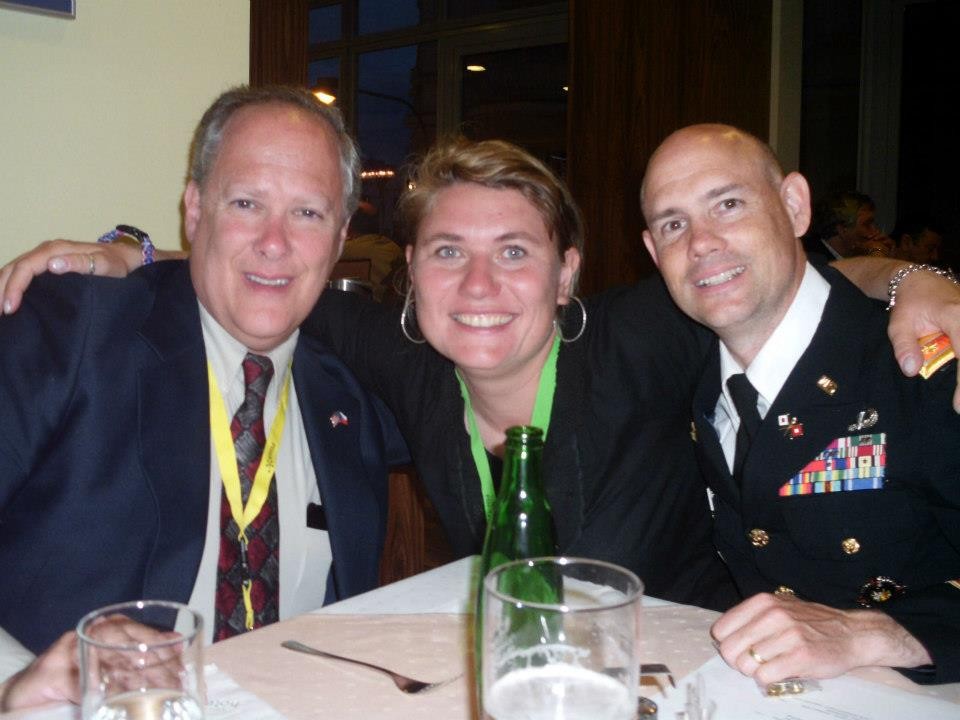 Mike has a broad background and has had a chance to look at and live his experience from many points of view. While attending North Central College, he ran cross country and track, and was also in several college theater productions. He served as a youth director, camp counselor, and spent weekends and summers participating in musical ministry in Wisconsin and Northern Illinois Methodist Churches. In 1985 he went to Nicaragua- not as a soldier, but as part of a missionary outreach with the Peace with Justice Task of the United Methodist Church. This helped shape his vision of working to bring people together in meaningful ways and moving forwards instead of looking backwards. 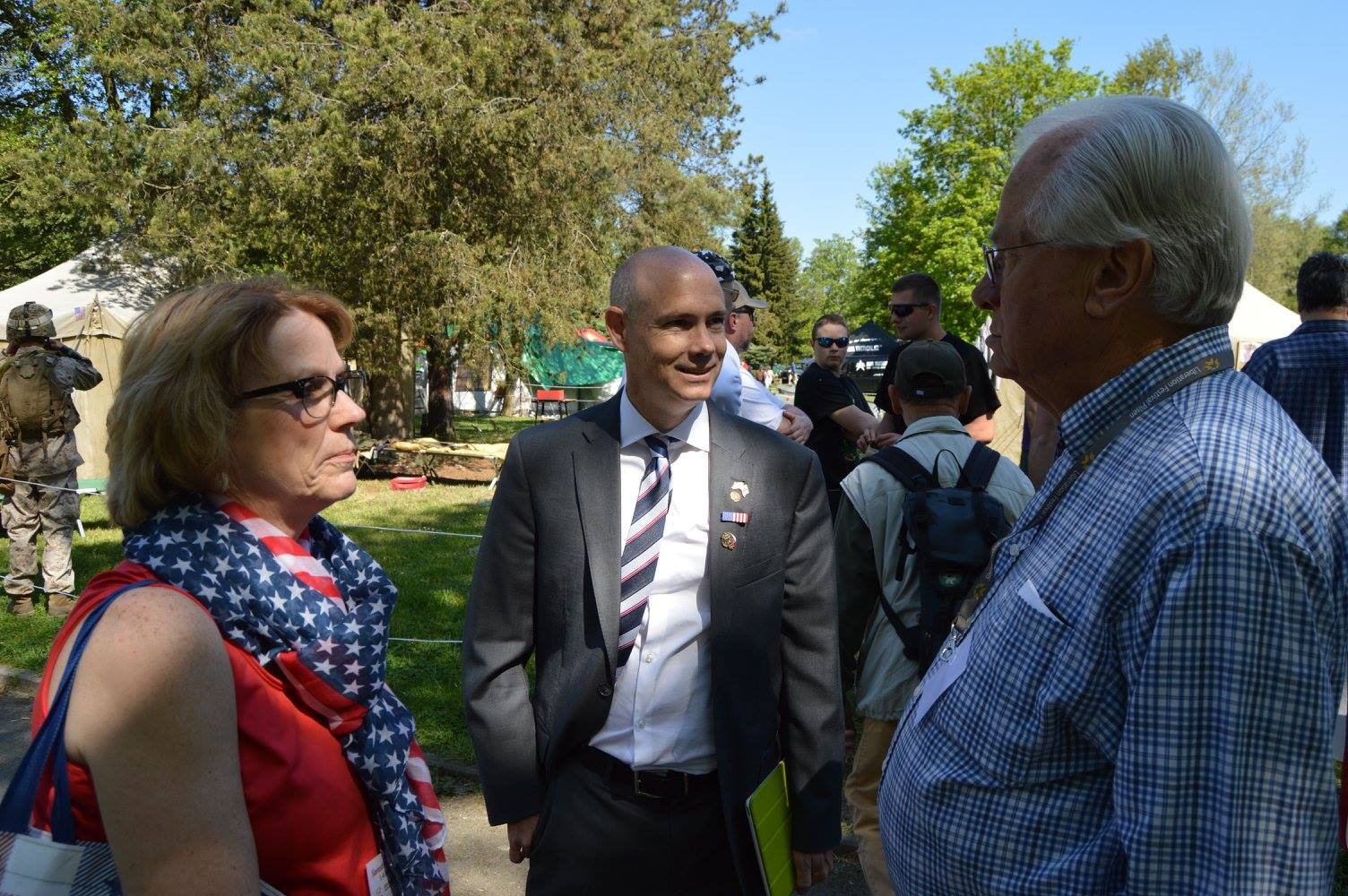 After college graduation, Mike worked at the The Athlete’s Foot Weartest Center, where he was mentored by renowned footwear expert, Tom Brunick. Inspired by his Coaches, Al Carius, Ken Popejoy, and Frank Gramaroso, Mike started coaching and was the assistant coach for UIC Men’s, and head women’s coach for cross country in the Fall of 1991. In the Spring of 1992 He became the head track and field coach at the Illinois Math and Science Academy.  Realizing that all of these positions were helping him to develop his leadership skills, Mike joined the Army as a Chaplain’s assistant in August of 1992.  While at Fort Monmouth, home of the Chaplain School, Mike also volunteered as a coach for the U.S. Army Prep School. Additionally, as a young enlisted soldier, Mike took charge of the school’s first Army Ten Miler and Marine Corps Marathon teams, training soldiers, NCOs, and Officers senior to him in rank.  Soon afterwards he was accepted to Officer Candidate school at Fort Benning, Georgia. In January of 1994 he attended Officer Candidate school, and was commissioned in to the Signal Corps in April. Following the Signal Officer’s Course and Airborne school, Mike was assigned as a platoon leader in the 67th Signal Battalion.

Following his assignment to Fort Gordon, Mike was sent to Germany, where he held multiple company commands, was an observer controller at the Combat Maneuver Training Center. He then moved on to US Army Europe headquarters, where he was personally selected to be the Executive Officer to MG David Zabecki, Deputy Chief of staff for Reserve and Mobilization.  During this time he also served as the action officer for the U.S. Army’s 60th Anniversary of the end of World War II Commemorations in Italy and the Czech Republic. MG Zabecki, also one of the most senior historians in the Army, directed Mike to catalog interviews of soldiers who had participated in campaigns  during the war, and particularly  the Normandy Invasion, Operation Overlord. Inspired by these accounts, he used these as an integral part of his dissertation later on when he earned his Doctorate in Organizational Leadership.

Mike led, trained, and planned training for both exercises and operational deployments ranging from the Balkans to Afghanistan, and Iraq. His first deployment was in support of the Kosovo campaign, where he deployed briefly to Hungary, as well as parts of Bosnia and Croatia.    His most lengthy combat deployment was to Iraq from July 2008 through October 2009, where he was in charge of Signal Operations for the 16th Sustainment Brigade.

While on Active Duty, Mike worked in many other countries in Europe in support of training exercises, where he had opportunity to meet and hold presentations with many senior military and governmental officials.

In 2004 he earned his Masters in Human Relations, and followed it up with a PhD in Organizational Leadership in 2010, all done while serving on challenging military assignments.

Mike is a Service Disabled Veteran and has worked diligently for Veterans causes.  Remembering his work as young counselor at church camps and day camps across Northern Illinois, Mike decided to found an organization to help Veterans and their families in transition.  Using his own resources, Mike founded both a non-profit organization, and a for profit corporation, and pledged use of land he acquired near Fort Gordon, Georgia when he was stationed there, to set up a transitional program.  Though in its infancy, Mike’s concept of a combined 501c3 and private partnership corporation that would earn its funds through training and contracts to pay for a retreat center to help Veterans in transition through a wholistic, physical/spiritual/ professional development approach has had much positive feedback. Mike’s life goal is to someday see his Veterans retreat center pave the way for “New Horizons for Heroes” - America’s Veterans.

Mike is a longtime member of the American Legion, and lifetime member of the VFW, Signal Corps Regiment Association, Armed Forces Communications and Electronics Association and the Association of the United States Army.  He has volunteered in his community as president of the several chapters of the Association of the United States Army, and has served as vice president for the AUSA European Region. He has served the community and advocated for critical Servicemember and Veterans issues at the local and national levels, even proposing some legislative initiatives for the AUSA liaisons to present to Congress.

Having a great passion for history, Mike organized and conducted historical staff rides for scouts, soldiers, civilians, and ROTC cadets to the Beaches and towns of Normandy to teach them about the D-Day Invasion, which he studied extensively and wrote drawing on his material from his dissertation and book, The Overlord Effect- Emergent Leadership During Crisis.

Mike and his wife, Beatrix, have been married since 2004.  He is the proud father of four children: his oldest daughter is a speech therapist and special education teacher. His son is a 1st Lieutenant serving in the 82d Airborne, just recently married, and was deployed to Kabul to assist in the evacuations in Kabul, Afghanistan. His younger daughter graduated from the University of Dubuque and resides in North Carolina near her brother. His youngest daughter is an aspiring, conservative actress in the sixth grade.

On June 28, 2022, Vote
in the Republican Primary for
Michael D. Pierce for Congress
Illinois 11th District.